NEPAdey is a mobile app that provides users with information about the power supply in their home or any place in West African countries. The app was developed for the West African and soon all-African market. For the logo, we used a power cord with a plug that depicts Africa. So it symbolizes the focus on Africa and connect the business area with the central business model: “Where can I find electricity?”

The logo symbolizes the name of the company and its core competences “drilling holes” and “automotive industry”. We have put the name part Tixbo in a technical lettering and designed the letter “O” as a tire. The holes represent drilling holes and at the same time the screws of a tire. For the name part “automotive” we chose a font from the 1950s, because the manufacturer originated from a factory already existing in the GDR. 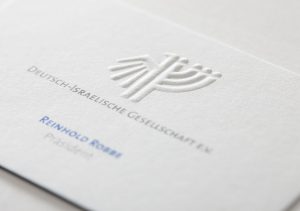 The logo and corporate design of the German-Israeli Society impresses with its unique, unmistakable design. Simple and understandable symbolism stands out without being political or silly. The combination of the coat of arms symbols of Germany and Israel, together with the strong creative reduction, create a timeless logo. In addition, the mutual relations of both countries are perfectly symbolized: The logo also works mirrored. 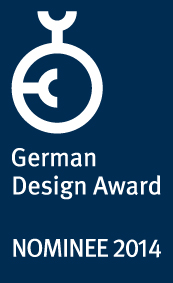